Robin Godel: In the starting stalls for the World Championships in Pratoni 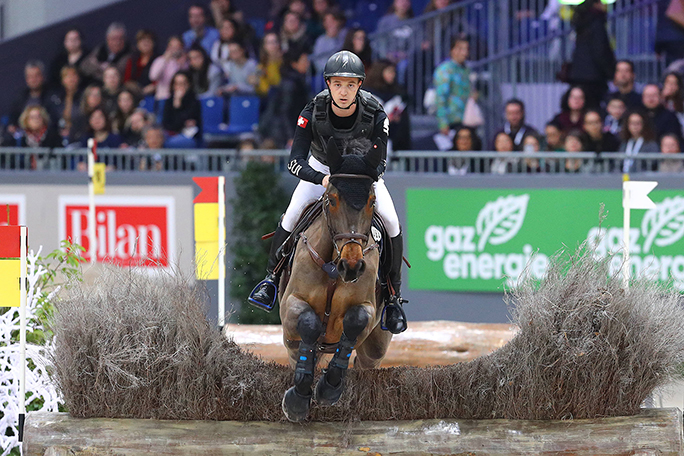 The World Eventing and Driving Championships take place on 15 to 18 September in Pratoni, Italy. While our Antarès rider, Robin Godel, won an individual gold medal riding Grandeur de Lully, and finished well in the team event this July at the Eventing Nations Cup in Avenches, both horse and rider will be competing again at the world championships. Now aged 23, Robin is one of the best riders of his generation. Both hard-working and willing, Robin has clear ambitions but with just a few days to go before the world championships, he took time out to answer our questions.

How are you preparing for the world championships?

“My team and I are confident. We’ve performed well all year, in both individual and team events. This consistency should pay off, so I’m aiming to finish in the top 8 in the individual competition! For the team event, I hope we’ll be in the top 6, or even higher, and qualify for the 2024 Olympic Games in Paris!”

What was Grandeur de Lully’s schedule to prepare for the championships?

“Grandeur’s programme was the same as usual for this level of competition, although we did focus more on galloping uphill as this is one of the features of the venue at Pratoni. The last event Grandeur took part in was the Haras du Pin eventing championships and it was great preparation for Pratoni.

Also, the entire Swiss team has worked extensively on the flat at various training camps, to have the best possible level for the dressage event.

What’s more, we also rode a series of circuits on grass to practice in the same conditions as we’ll find at the world championships”.

“I don’t have a specific programme. I have lots of horses to ride so that takes up most of my time. I’ve also got a masseur to relieve any tension that I might have”.

How does your horse recover after this kind of competition?

“My horses have 2 weeks to rest and recover from their efforts. They go on lots of walks and rest a lot. These championships are the last event of Grandeur’s competition season, so he fully deserves a few weeks in the meadow!”

Have you got a lucky charm that you take with you?

“I’m not superstitious, So I don’t have a special object that I take with me but I have to admit that I keep all my rider numbers in my bib belt from events I did well in.”

Well, we hope that this young Swiss rider will keep his rider number from Pratoni in his Swiss bib belt for a long time. All the Antarès team wishes Robin and Grandeur de Lully the best of luck!