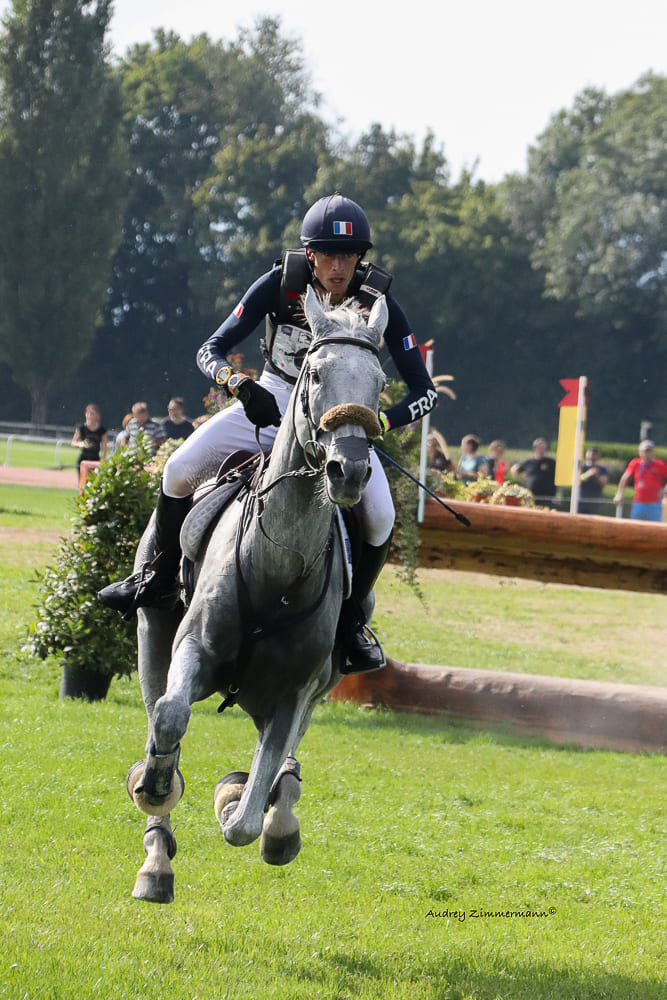 Antarès Rider : Behind the scenes with our partner rider Maxime Livio and his horse Api.

For the 35th edition of the FEI European Eventing Championship, the Institut Equestre National d’Avenches (IENA) was able to receive the participants on its site in Avenches from September 23 to 26, 2021.

On the program, dressage test on Thursday and Friday, cross country test on Saturday to finish with a show jumping test on Sunday.

It is on the dressage test of Thursday, September 23rd that the Antarès rider, Maxime Livio and his horse Api stood out with the second best mark of the test on a dressage test noted in 78,73%.

After such a great performance, we wanted to give you a behind-the-scenes look at the Championship through an exclusive interview with Maxime Livio. 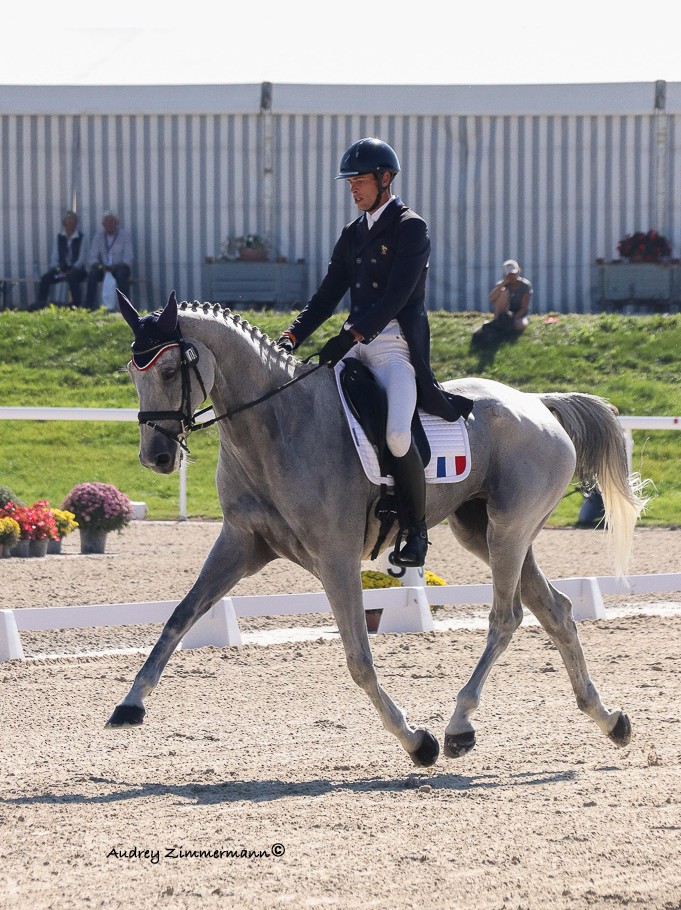 A look back at his participation and his experience at the European Championships in Avenches:

It was the objective of the season; despite a summer period that did not go quite as I had planned, Api managed to quickly get back to his best level. I know how good he is, but to perform I know he has to be on top of his game and that was the feeling he gave me when he got there.

I had no room for error to match his talent and preparation. For his very first event, and despite the pressure that we both had, he really responded during the 3 days of competition.

He is the only horse in the top 10 that was not expected to score so high in the dressage. His recovery is still perfectible, and the reputation that he is creating for himself will allow him to get even better points in the future. The cross-country course was winding and did not really suit his long stride, but he fought to the end to bring back the least amount of seconds to the team.

Finally, in the show jumping, Api jumped very well, he quickly gave me confidence in the paddock, despite the stakes and the pressure that were present, I went back to the track quite serene and I think he did too. Despite that, we have a small fault in the triple which shows that the horse is still evolving.

I obviously have some regrets because I could have helped him to avoid it and this little touch costs 2 medals… The feeling is inevitably divided between an immense satisfaction of the work accomplished and a proven potential for Api and the disappointment to have come so close to an even greater performance.

How did the horse recover after such a competition?

Api is doing very well, he is taking advantage of a 4 to 6 week rest period. His daily life is divided between a little walking and a lot of paddling. Olivier Geffroy, our veterinarian, examined him on his return and for him, he would have been ready to use if we had wanted to. This is obviously not the case.

We remain very attentive to him, which means that at any time, if we feel that he needs or wants to go back to light work to occupy his mind, have fun and maintain his good condition, we may resume a little earlier.

Api is a beautiful and tall horse, who gives off a rather rare presence, whether on foot or on horseback. He is an extremely hard-working horse, so much so that one must be careful not to make the training sessions last too long.

He never asks to stop and never makes you feel tired, neither physically nor mentally, so it’s really up to me to measure the effort and the work he needs.

He is very gifted and has a great potential on the 3 events. As for his character, he is a horse with a strong personality who likes to show off, to be a clown, and sometimes to flirt with the limits of what he can or should do!

The next deadlines and the objectives for the next season:

Given Api’s level of dressage, which can compete with the best horses in the world, this is a horse that I will prepare for the French team and therefore for the World Championships next year.

I will have to build his season progressively to bring him to the best of his preparation in September and not too early.

Of course, I will confirm this objective according to the feeling he gives me and his general state of fitness. 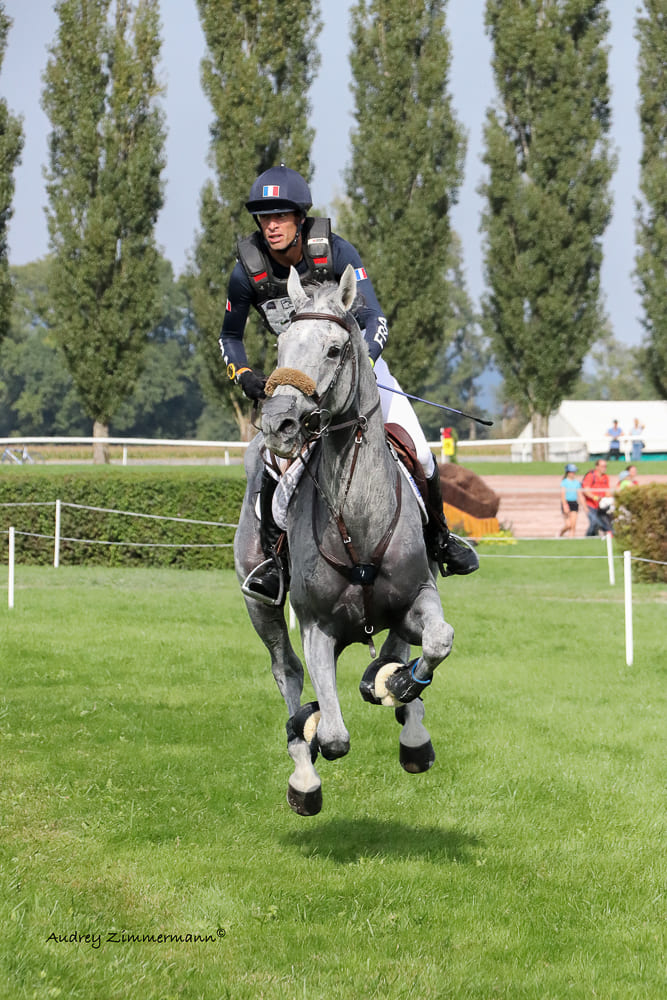 Api is just starting to perform at a very high level, he is only 11 years old, and he can pretend to be in the French team for a few years. The objective is to be intelligent in the rest of his career so that he keeps the same desire and that the level we had in Avenches is only a starting point to do better in the years to come. 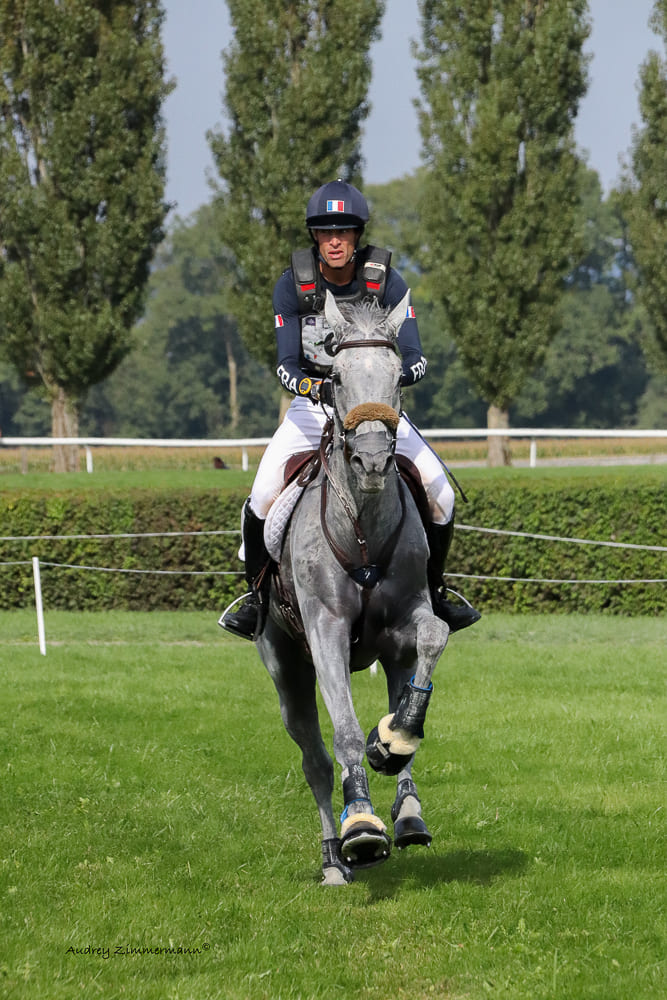 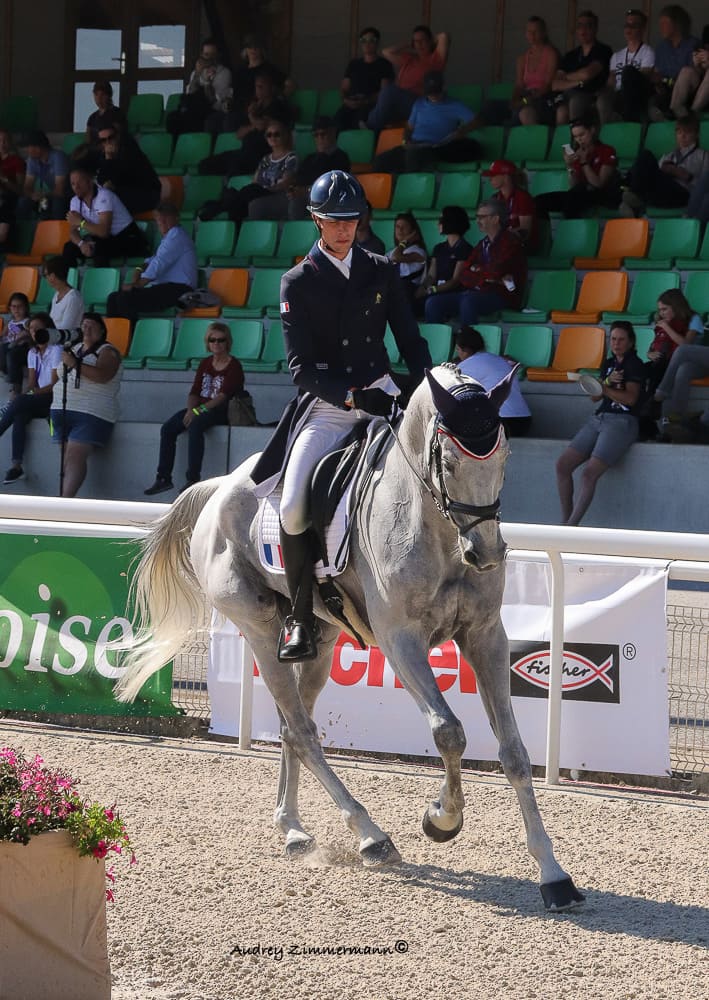 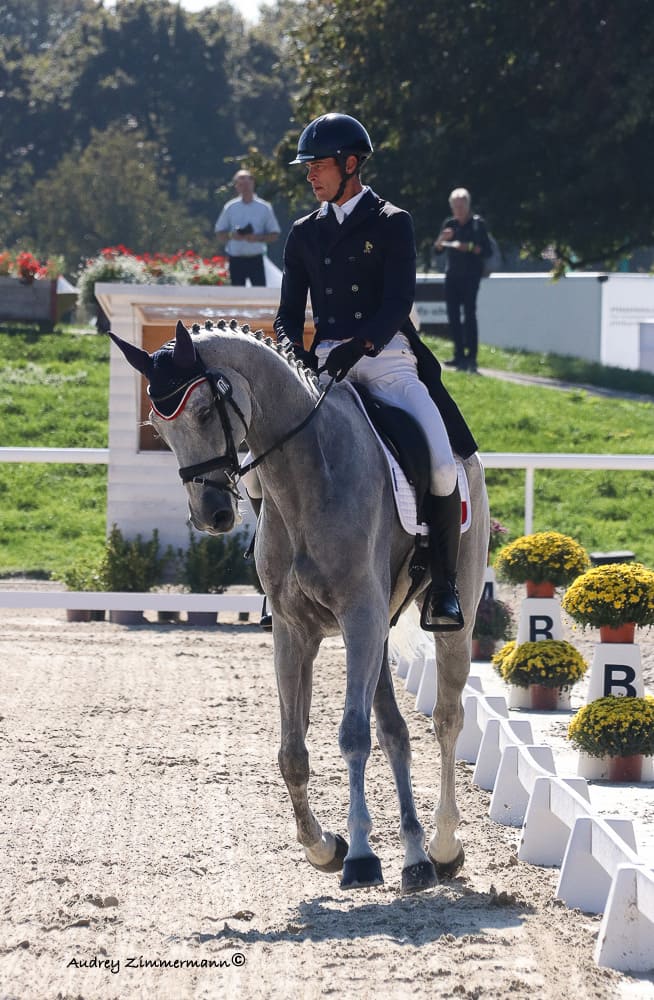 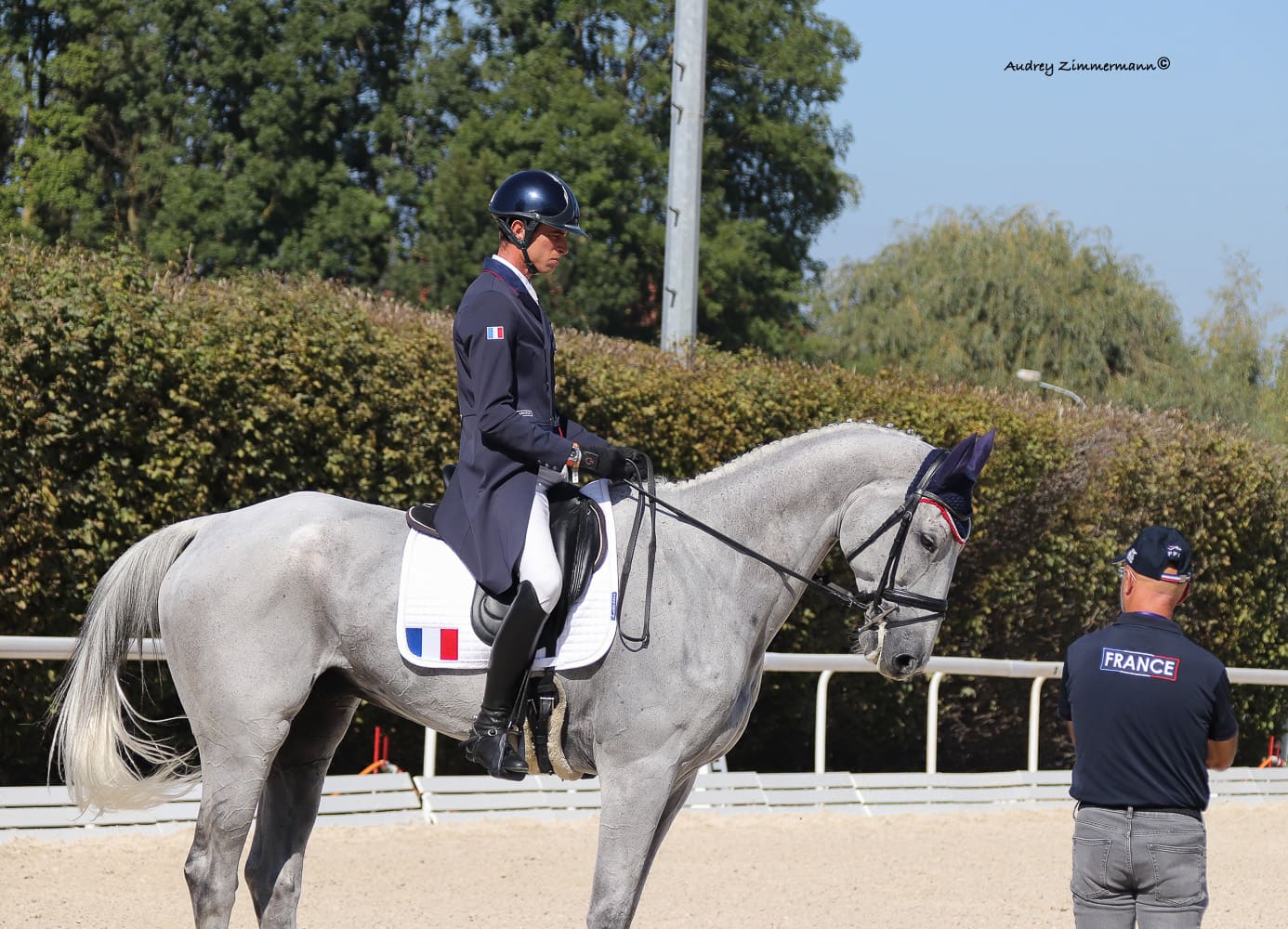 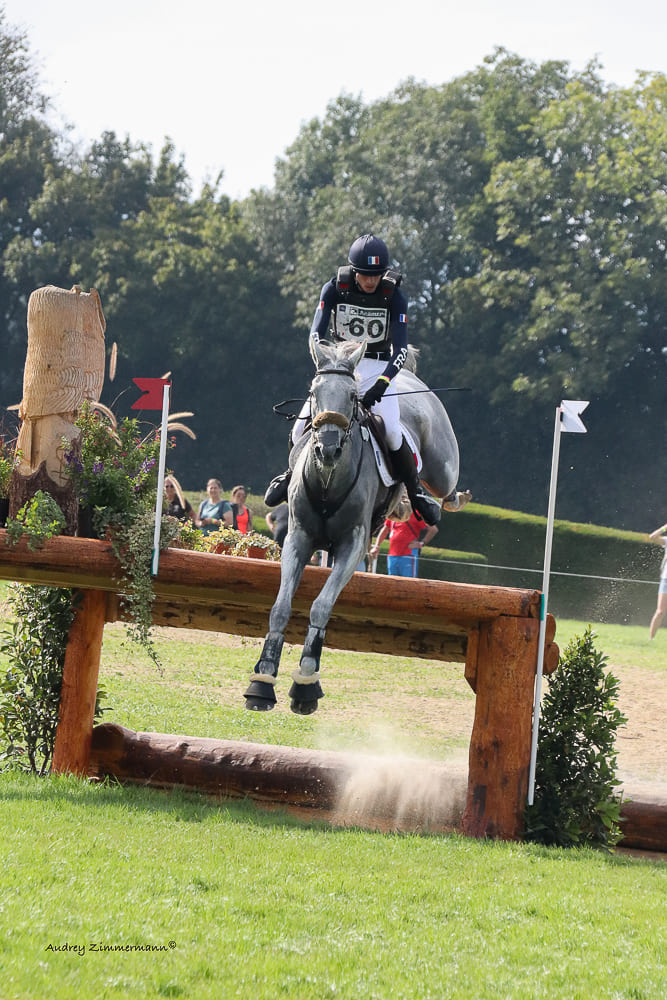 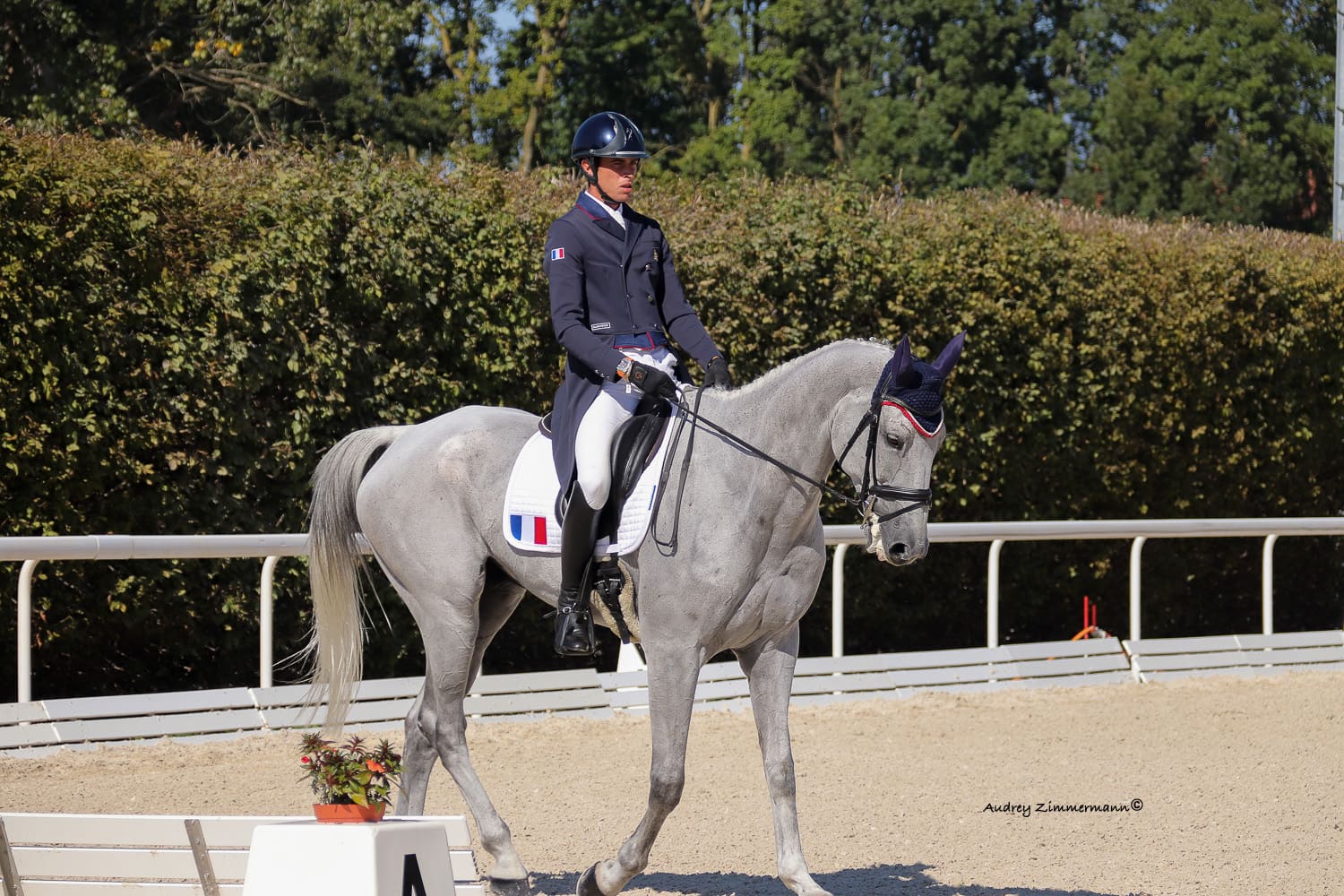