Antarès rider Nina Mallevaey: from the pony circuit to showjumping 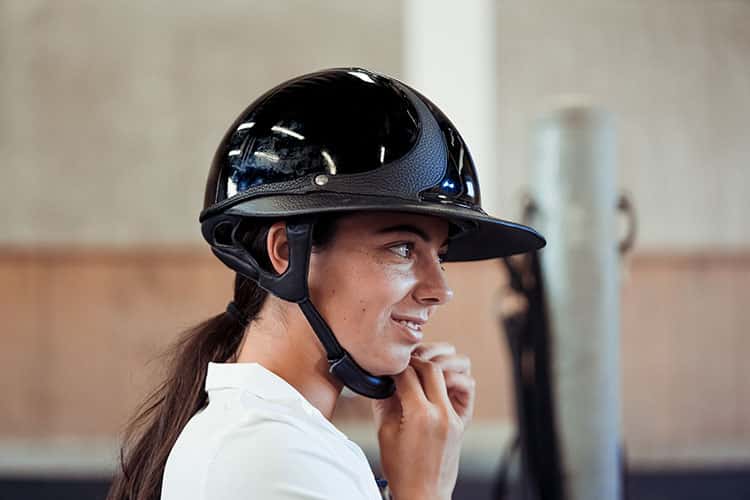 Nina Mallevaey needs no introduction. Whether you’ve heard of her from her pony days or her latest elite victories, the showjumper from Lille is playing with the big boys. The 22 year old rider with steely determination is now based in Belgium in Éric Lamaze’s stable. It’s a golden opportunity for our Antarès rider to work with the best horses. From pony events to the Global Champions Tour, let’s meet an up-and-coming talent on the scene.

Nina grew up in the equestrian world as her father owns a stable. So it came as no surprise when she made her first appearance with shetland. She moved onto pony riding with Dominique Callens and got her first taste of competition. Unusually for young riders on the pony circuit, she also rode horses with training from her father. The Mallevaey family saw the future and knew what her second career would have in store. That didn’t stop Nina from taking part in pony competitions and European championships though. She won the children’s gold medal in 2013, the pony team event in 2014 and came 7th in the individual titles. 3 years later saw Nina come 10th in the European Championships and win the Bonneau international poney nations cup. She also won the French championship title. Grand Prix ponies that the athlete has ridden include Quartz du Risima, Qualine Rocha, Rominet de Bruz, Uhelem de Seille and Rexter d’Or

The pony team moves into horses

Nina Mallevaey reunited with her French pony teammates Jeanne and Louise Sadran at the Chev’el stablen near Toulouse. The 3 young riders trained in a setting focused on performance and elite sport. Bertrand Poisson and Julien Épaillard trained them on a regular basis. It was an opportunity for Nina to ride incredible horses, including Virtuose Champeix, and demonstrate her extensive skill-set at the best showjumping events. She won the 1.5m course at the Grimaud CSI5* in 2020. Her father has supported her throughout her career and gave her the chance ride quality horses such as Vendredi Un Prince.
Fast forward 3 years and it was Nina’s last year on the “young rider” circuit and sadly Virtuose was injured. Her time at the Chev’el stable had come to an end but everyone would look back on it fondly.

Europe in summer, America in winter

With countless Olympic medals under his belt, Eric Lamaze announced his retirement from showjumping and set out to find riders for his elite horses in Belgium. Nina and Eric’s paths crossed and things really got going for her. She took part in the Brussels CSI3* and won the Rome GP2*. They say goodbye to Europe at the end of summer and head to Wellington for the winter season. Nina even got the chance to be part of a Global Champions League team. And she made her mark at the event: she won the 1.55m course with Chacco Kid and the Rome Gladiators team finished 3rd.

The collaboration between Nina Mallevaey and Antarès

The partnership between Nina and Antarès began when she was competing in pony events. Back when she was 11. Her competitive spirit and unbridled passion for horses have united us ever since. We were lucky enough to meet up with Nina at Eric’s stables in Belgium. Watch the interview with our young Antarès rider.

The Connexion horse saddle is a jumping saddle with a deep seat which ensures great contact and light ride. The Connexion saddle provides natural balance to the rider as well as closer contact with the horse thanks to its narrower twist. 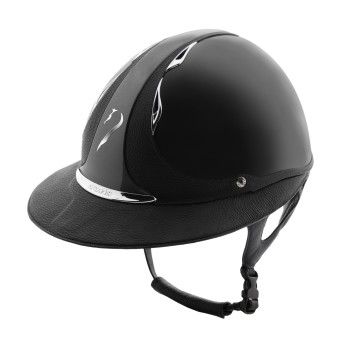 Very light and comfortable helmet. Glossy with a wide visor. 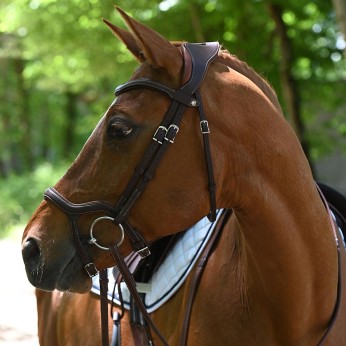 Bridle made with french soft leather. Antarès Y noseband optimize the pressure and provide better contact with the mouth. “Precision” anatomic head piece which releases the cervical vertebras. Special throat-lash fastener, to avoid any additional pressure above the head. Protected buckles in order to avoid possible risks of injuries.

Classic anatomic girth with an accentuated cutout behind the elbows.Leather part of the girth te be completed with a removable hypoallergenic synthetic sheep lining.Central attachment ring for training aids covered with a piece of leather to meet the aesthetic requirements of the «hunter» discipline. 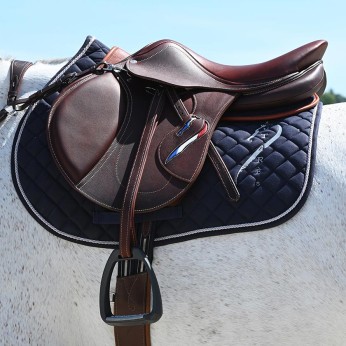 The Antarès ear net is crochet with elasticated ears for a better fit to different horse body types. 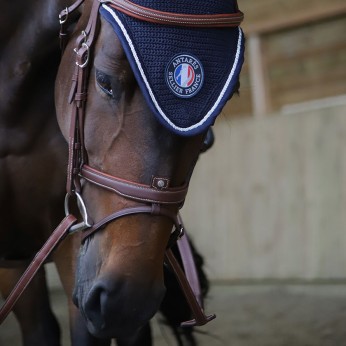 Bridle made of French soft leather. Removable padded noseband (flash noseband), with protected buckles in order to avoid possible risks of injuries. Anatomical headpiece with only two pieces (one cheek piece for the snaffle and one for the noseband). A special throat-lash fastener, to avoid any additional pressure above the head. 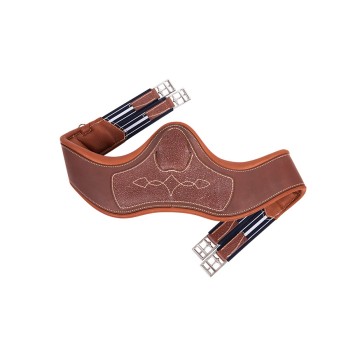 Anatomic girth with accentuated cutout behind the elbows. Smooth calf lined. Easy Clip system to fasten training aids, covered with a piece of leather to limit any risk of hooking with the front legs of the horse. Two side rings in addition to attach any training aids.